Our Picks from the Las Vegas Technology Show

Today’s picks include announcements from Panasonic, Nvidia and Fasetto, as well as news of more support for Google’s Daydream VR initiative.

Panasonic Majors on the Internet of Things

Panasonic is showing some smart home devices at CES 2017, as well as domestic robots. But it is also making a significant push in a range of other IoT areas, including smart parking, smart city infrastructure, smart bus shelters and an enterprise IoT platform.

One of its most interesting projects is the ballooncam, currently being used in Japan. This is a drone-powered balloon, with a 360-degree camera underneath it, and projectors inside that display video footage and messages on the outside of the balloon surface. It is used at sporting events and music concerts to fly around filming the fans and building engagement with them. Panasonic is looking to licence its use outside Japan. 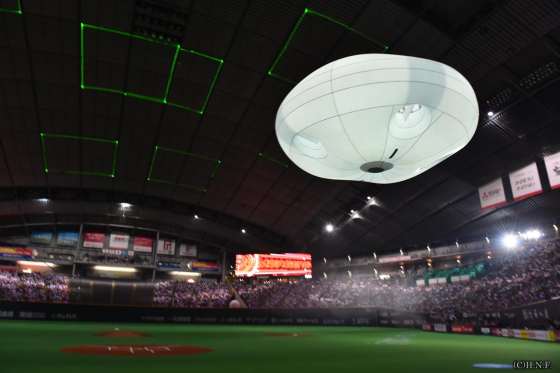 Nvidia delivered a swathe of announcements in its opening CES presentation, illustrating its growing breadth and diversity. One piece of news that caught our eye was an update to its Shield streaming device. In addition to 4K video streaming and gaming, Nvidia is positioning the new device as a controller for the connected home by integrating Google Assistant and offering companion devices that extend its capabilities throughout the home.

Although distribution and reach will be more challenging for Nvidia than for Amazon, Apple or Google, the new Shield is undoubtedly one of the more interesting connected home devices on show. With support for SmartThings, it is part hub, part streaming device, part smart speaker. It’s a recipe that others will undoubtedly follow.

The Huawei, Porsche Design and ZTE smartphones are already available; the Asus ZenFone AR is due to be released in the second quarter of 2017. They join the existing Daydream VR-compatible Google Pixel and Motorola Moto Z.

While the Google Cardboard VR platform is available for most Android smartphones, Daydream VR requires high-spec devices running Android Nougat. Also, unlike Cardboard, Google intends to exert much stricter control over which content creators have access to the platform, aiming to ensure that only high-quality applications are available when Daydream VR is launched.

We expect numerous Daydream VR-ready smartphones and third-party headsets to be unveiled at this year’s Mobile World Congress.

Cloud service provider Fasetto launched its first consumer product at CES 2017, a pocket-sized portable storage device. The Link network attached storage (NAS) device is powered by the same Exynos 7420 octa-core processor used in Samsung’s Galaxy S6 smartphone. It has a battery providing two weeks of standby time, runs Linux, has a software development kit, and sports up to 2TB of solid state memory, as well as Bluetooth, Wi-Fi and USB connections. The device can act as a Wi-Fi hot spot and is waterproof to IP68 rating.

The Link is aimed at professional content creators, such as photographers and video shooters, who want to store or back up their work immediately. But it also provides full server functionality, including video streaming over Wi-Fi. Although Fasetto’s Link is expensive, at $1,200 for the full 2TB version, it is a clear sign of how small and powerful devices can become.

Nvidia’s prominent position in driver assistance systems and autonomous driving was strengthened by a series of technology and partner announcements at CES. Building on an existing agreement, the company announced that it will work with Audi to deliver a commercial autonomous car by 2020 using its Drive PX platform. The vehicle is expected to achieve level 4 on the US Department of Transportation’s scale of autonomous driving, which ranges from 0 (human control) to 5 (complete autonomy). Level 4 indicates a vehicle that is fully autonomous within its operational design environment, and so does not cover every driving scenario.

Nvidia is also building an artificial intelligence co-pilot function into its Xavier chipset, which will be available as commercial samples in the fourth quarter of 2017. This is a logical step before the market is ready for full autonomy, although the wealth of notifications to warn drivers of specific conditions will mean a challenging balancing act to avoid information overload.